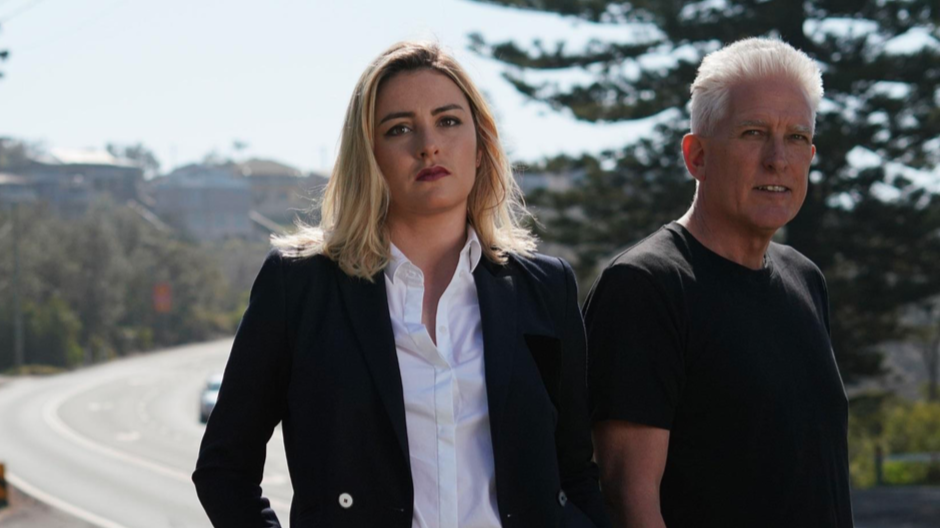 One winter’s night in 1978, teenager Trudie Adams asked her mum to wait up for her as she headed to a dance at Newport Surf Club. Trudie never made it home. Her body has never been found. What happened to Trudie that night? Why has her killer never been brought to justice?

Over three compelling episodes, Barrenjoey Road leads to the dark heart of Australia now: high-level corruption, drug deals, multiple murders and sex assaults against women. It exposes the dark underbelly of sunny Australia, the mongrel beneath our idyllic beach and bush lifestyles from the late 70s to the present.

Barrenjoey Road is led by investigative journalists Ruby Jones and Neil Mercer. Throughout the series, Ruby is confronted by the ugly stories of violence of 1970s Australia, especially against young women. Senior crime reporter Neil was investigating Sydney’s underworld not long after Trudie disappeared. He hopes some of his experience and crime connections will help shake loose new facts. Both Ruby and Neil have a resolve to reveal more than the police and other journalists have managed to piece together over nearly 40 years. Their objective is to make sense of compelling but contradictory evidence and pursue suspects who, for reasons that remain mysterious, weren’t fully investigated in the past.